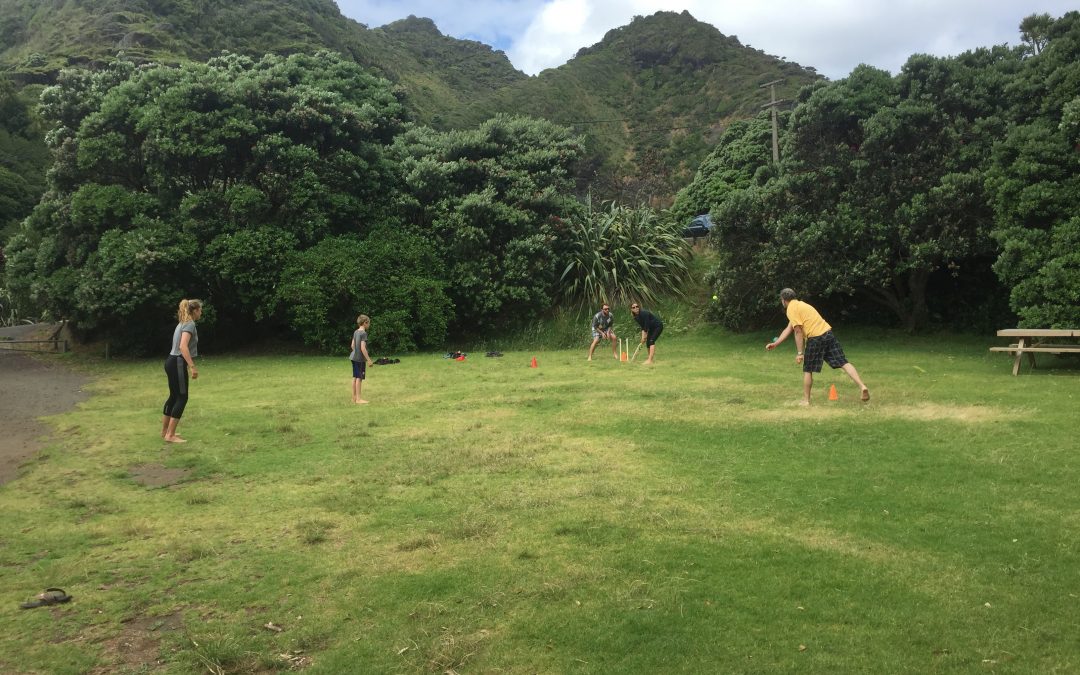 I’m not sure what happened to January 3rd 2017. That date will never exist for me as I somehow traveled across time zones. I’m about 30 minutes from landing in Auckland.

“If you think adventure is dangerous, try routine, it is lethal.”

I listened The Alchemist audiobook last year, and it is a terrific story.  Searching for something without knowing why, only knowing that its important.  And then what you find isn’t what it seems, what you’ve gained is a new understanding, a new perspective on what you really value in life. There are a lot of reasons for me to make this trip that I know of, but I think I’ll discover more as I go on.

One thing that I do know is we are all guilty of being on autopilot for far too much of our lives.  How often do you stop and just think about the fact that you are here.  Think about what you are and what you are doing, knowing that your thinking about it is affecting you.  I think those moments, good or bad, are when we are most alive. It’s what sets us apart on this planet.  Whether or not we have control of our fate is a different conversation, but the truth is we do have the ability to understand the profound impact our decisions have on each other and the future.  Just something on my mind.

Shout out to the lady at the United counter in San Diego who put me first on standby for an earlier flight as my connection through San Francisco was delayed enough that I would have missed my connection. First random act of kindness among many to come.

I’m actually writing this in Rotorua on January 11th, but I’ve been on the move nonstop and am finally getting around to posting.  Had the same problem in Kenya.  I guess its good to have some time to absorb and reflect before typing.  Drinking Oyster Bay New Zealand wine courtesy of Rodger, who we’ll meet later.

My aunt Ann and uncle Stew lived in New Zealand for a year a while back, and fortunately for me they made lasting friends, some of whom were gracious and kind enough to host me.  Paula picked me up from the airport in Auckland.  I don’t sleep well on planes.  I managed 2 hours on the 13 hour flight.  Spent the rest of the time watching Fellowship of the Ring and Wild New Zealand. Did you know New Zealand has more species of penguin than any other country?  I also am fascinated by fantails, a species of bird with a fan-shaped tail which acts as a rudder. It allows them to turn unexpectedly to catch delicious flying insects.  I think it might be beneficial to live as a fantail, to take unexpected turns as a natural part of one’s life…

Anyway I was quite tired standing in the customs line.  New Zealand is very thorough in their customs inspections.  If you have muddy shoes, they’ll make you wash them.  But considering the natural diversity and abundance, you can’t help but want to participate in helping the country protect its beauty and natural resources.  I declared my mask and snorkel, but they weren’t keen to inspect those.

It was a 45 minute drive to Kare Kare, on the western coast.  I must have been tired and thank Paula for dealing with my decreased level of consciousness.  I met her husband Arthur and her son Alex and his girlfriend Kelly.  All delightful people.  Grabbed an hour nap.  Then went to the black sand beach and jumped in the cold but refreshing ocean and boogie-boarded.  My jet lag was gone at that point.  On the way up we met some of their neighbors and we played cricket.  I learned as we played and found it to be a lot of fun! They laughed at my baseball swing on my first attempt.  That night Alex and Arthur grabed their respective guitars and alto saxophones and I grabbed my GS Mini travel guitar and we took turns playing folk songs. January 4th certainly made up for January 3rds absence.

Now the plan was for me to meet up with an ophthalmologist in Auckland. He was my contact point for the elective and wanted to meet me in person.  Apparently there have been multiple occasions of imposters masquerading as docs in this part of the world.  Unfortunately, I was not able to meet him, but I was able to be transferred to Raoul and Ruth, my next set of wonderful hosts.  They hosted me in their apartment at a retirement village near Auckland.  At lunch I serenaded a few of the residents on my guitar.  Raoul was former head of social work in the country and had a unique and interesting perspective on politics and healthcare.  I was astounded by his and pretty much everyone’s knowledge of the political and legal process in America.  Its interesting how many abroad understand events happening in the USA better than a large percent of our own population.

As I’m 29, I sometimes reflect on my aging and start to think I’m getting old.  I’m certainly older than I was before.  Raoul had some words of wisdom on that topic.  “Each year take your age, and add 15 years. That’s when you’ll be old.” Ruth and Raoul drove me all around Auckland that day, by the wharf downtown and Mission Bay where we set out a blanket and I played guitar in the park by the beach.  They are really champs. I had the pleasure of meeting their son Paul and grand-daughter Bella for dinner.  We jammed a bit afterwards.  As we headed back to the apartment, I got a good look at the stars.  Orion was upside down.

That’s it for now. I still have a lot of catching up to do, but I’ll get there.  Lots more medical things to come (that is the focus of the trip). 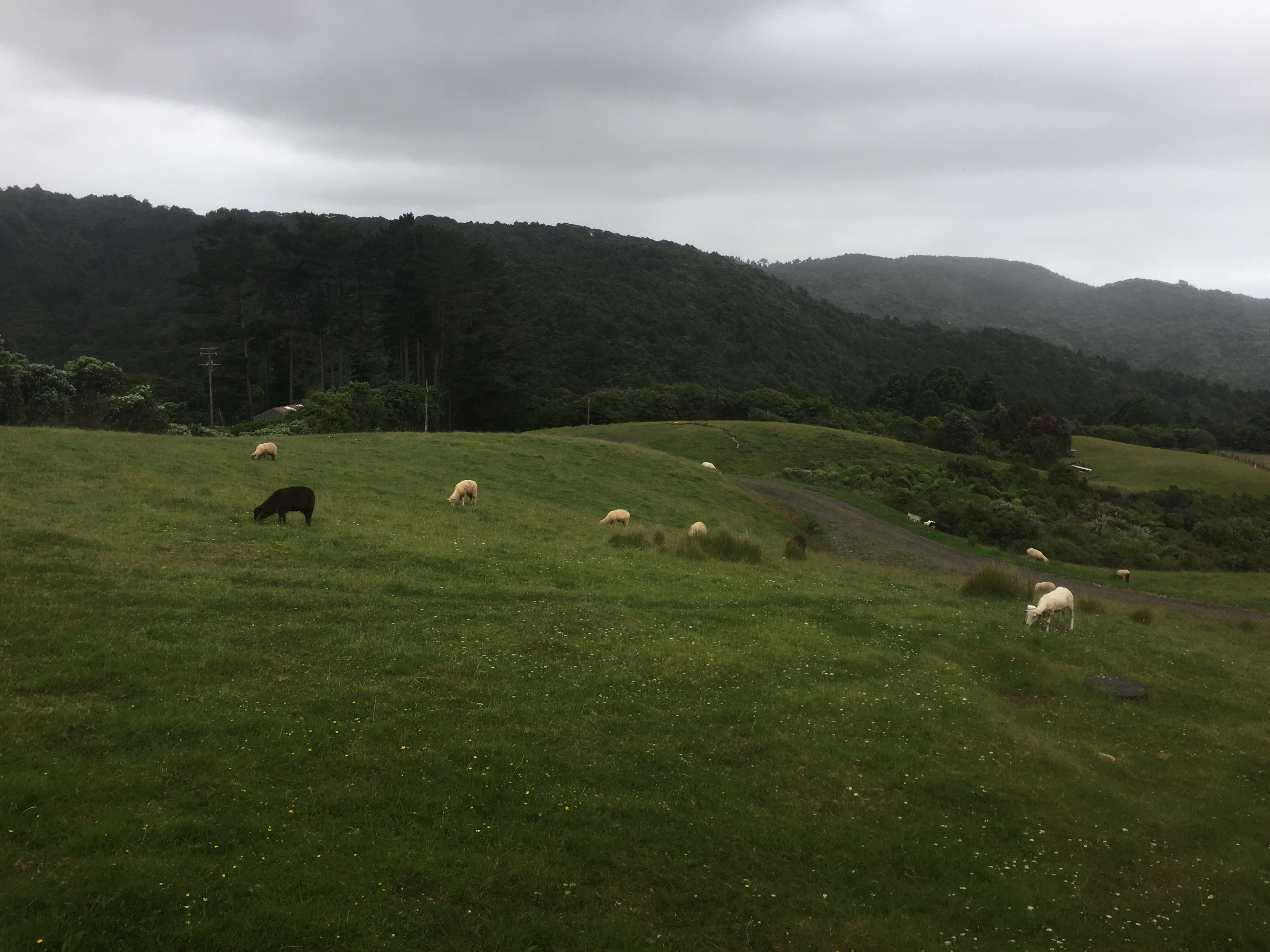 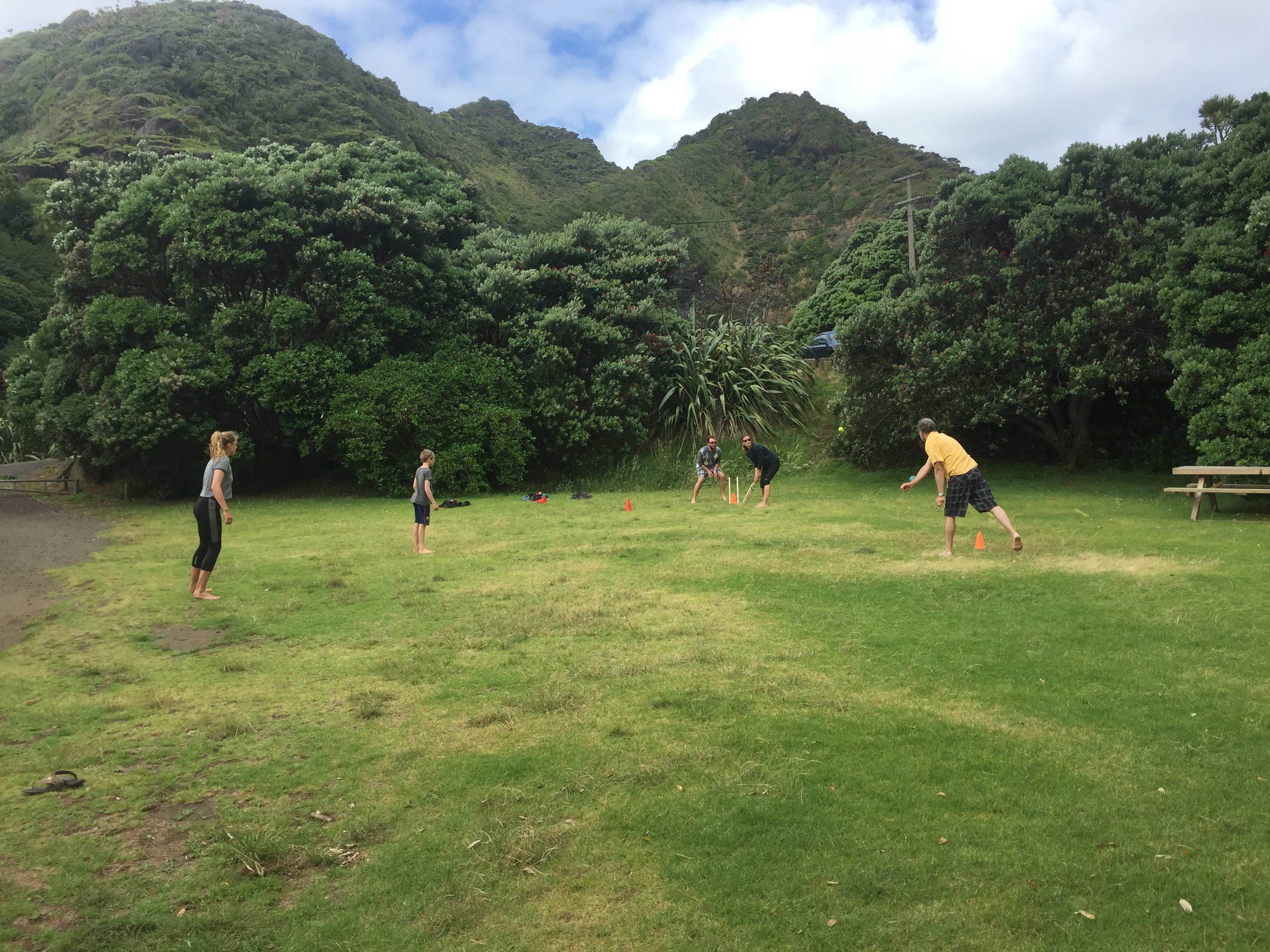 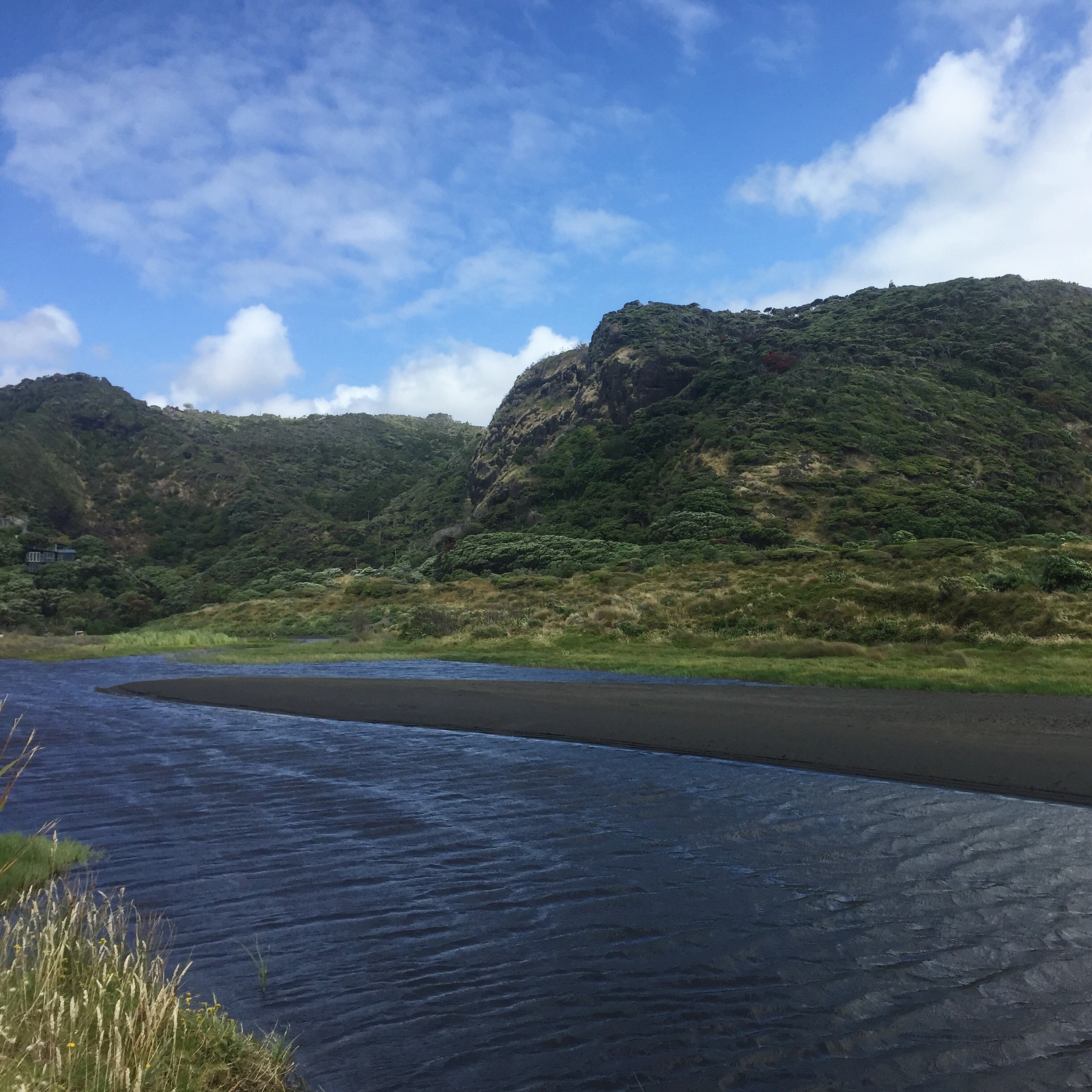 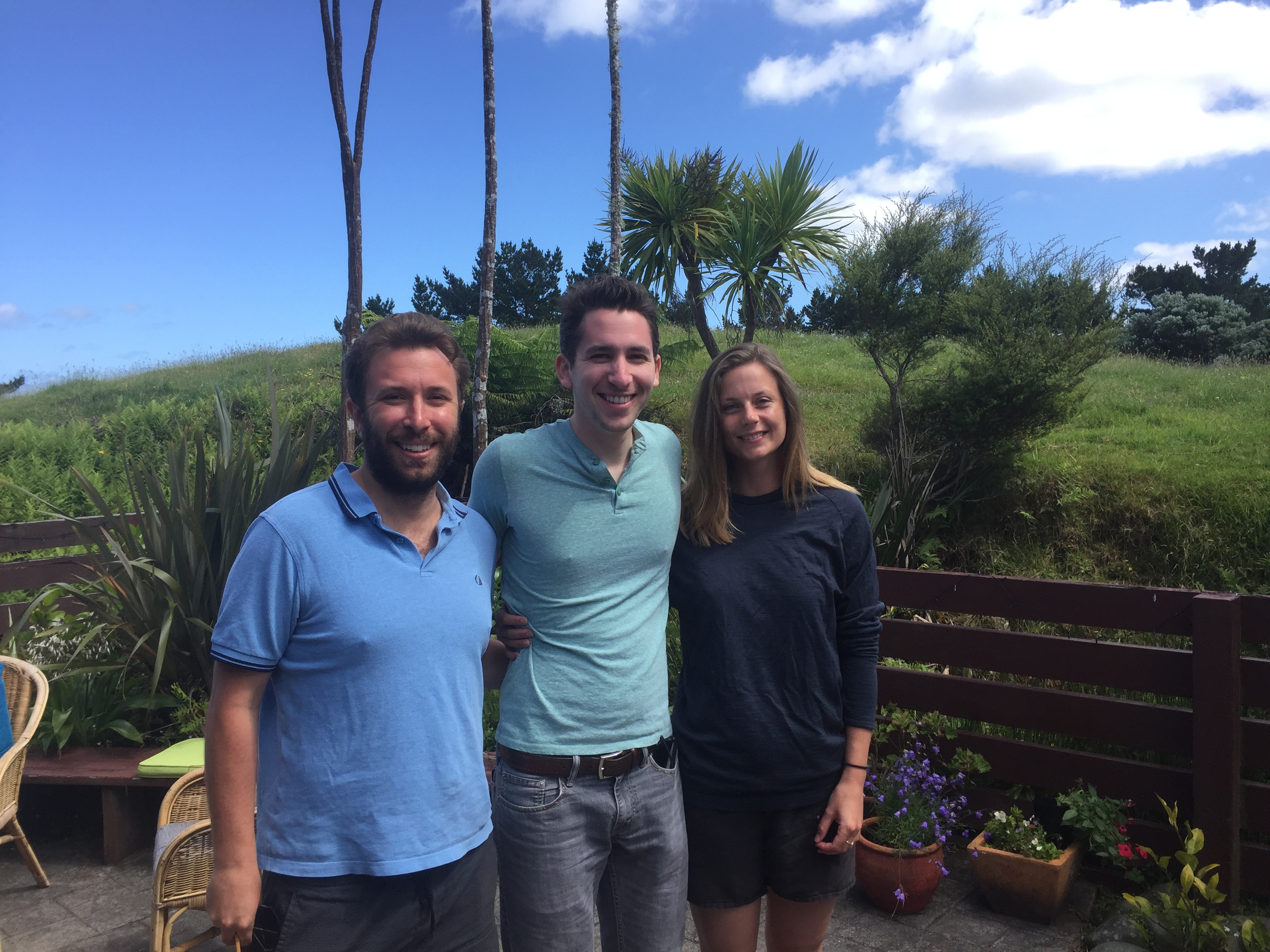 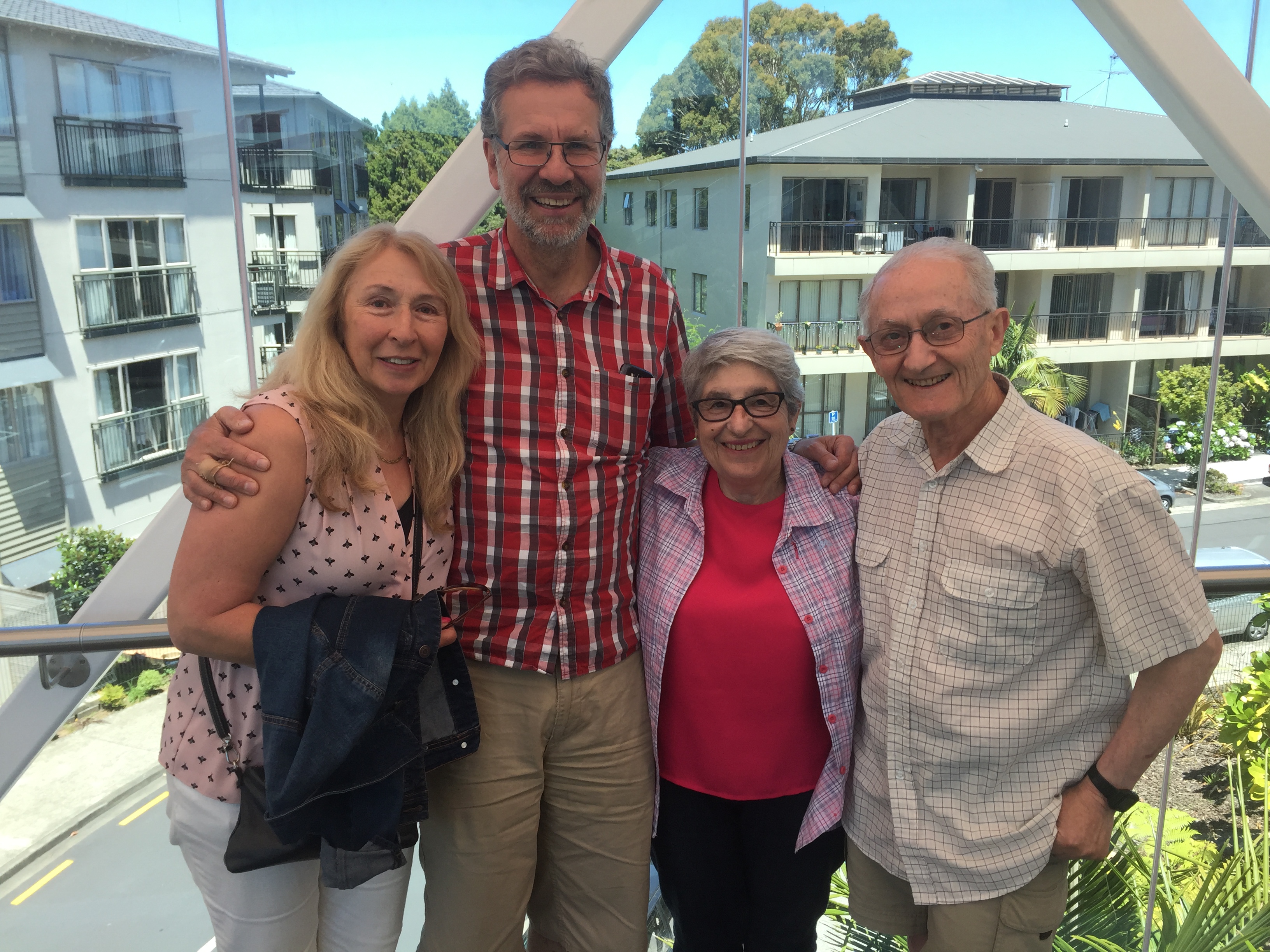 My wonderful hosts my first 2 days in NZ: Paula and Arthur then Ruth and Raoul. 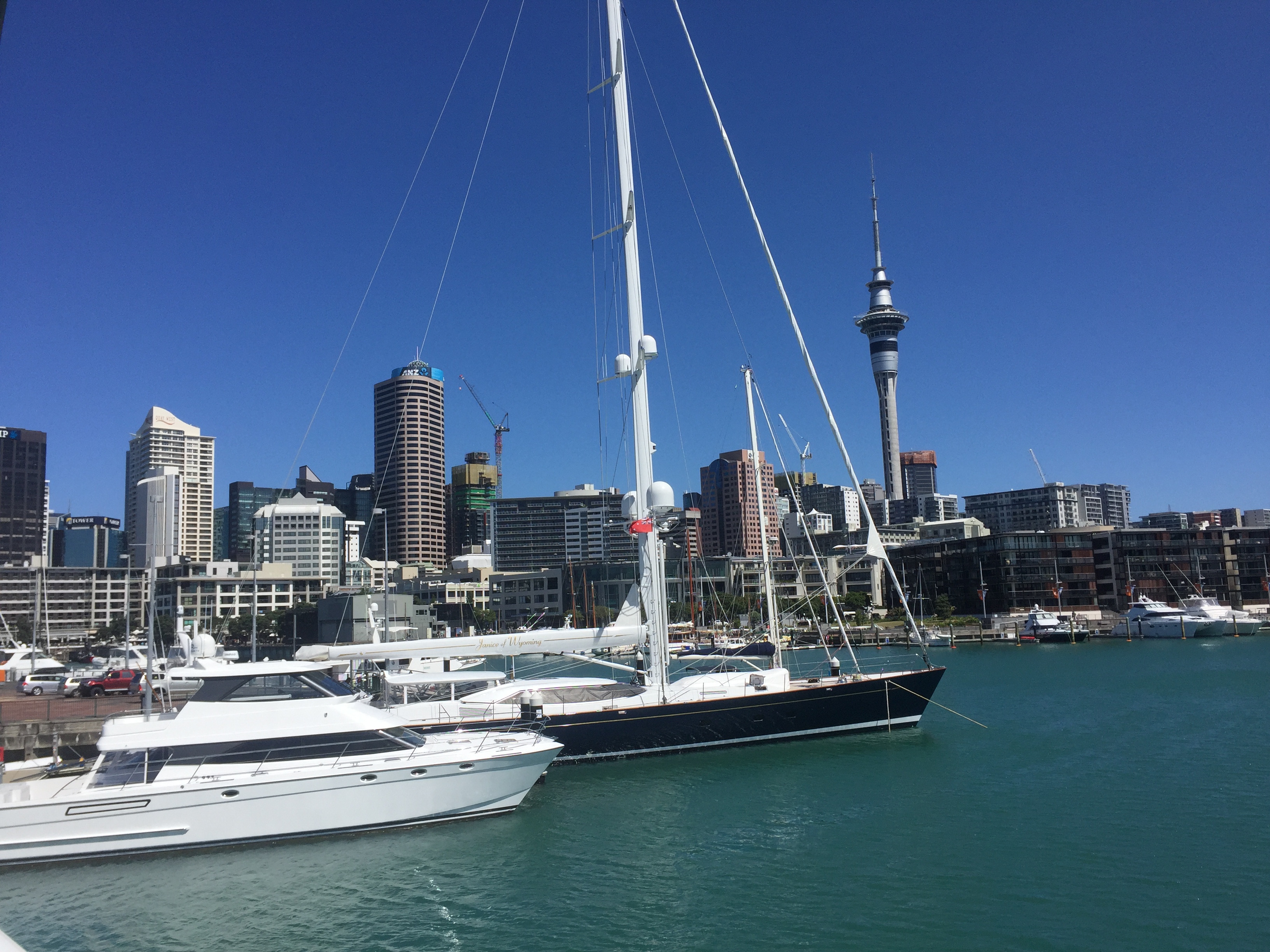 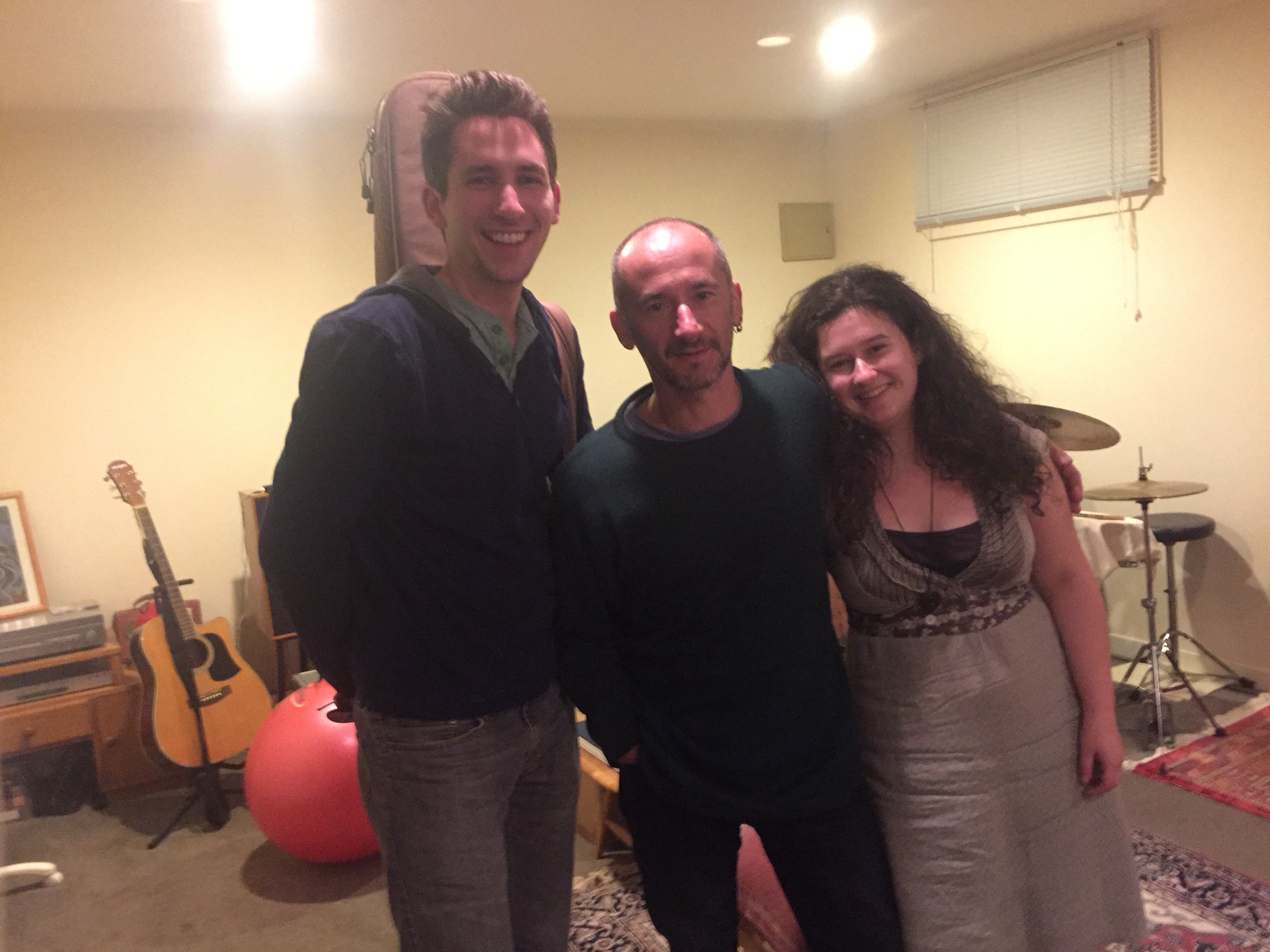